A 24-second video showing an officer kneeling on a man's neck ignited racial tensions in Allentown. The question: did police go too far in restrain

A 24-second video showing an officer kneeling on a man’s neck ignited racial tensions in Allentown. The question: did police go too far in restraining a man?

A controversy erupted over the weekend in the Lehigh Valley, and it was triggered by a video showing a police officer’s knee on a man’s neck in Allentown.

Police are explaining the action.

Cops say the man was being, quote, non-compliant– and that’s why this happened. The man was restrained with a police officer’s knee on his neck. It’s similar to the move that killed George Floyd in Minneapolis back on Memorial Day.

That touched off a Black Lives Matter protest in Allentown later Saturday night.

“My takeaway from the video is that black and brown lives don’t matter to the APD or to the city,” said Justin Parker. “We’re done. People think that it couldn’t happen here and it has been happening, and it has happened again yesterday. So enough is enough.”

The city’s mayor and police chief showed up at the protest to ease tensions.

It reads, in part, that only necessary and reasonable force can be used to control a situation or overcome resistance to arrest.

The man restrained by police was treated and released. 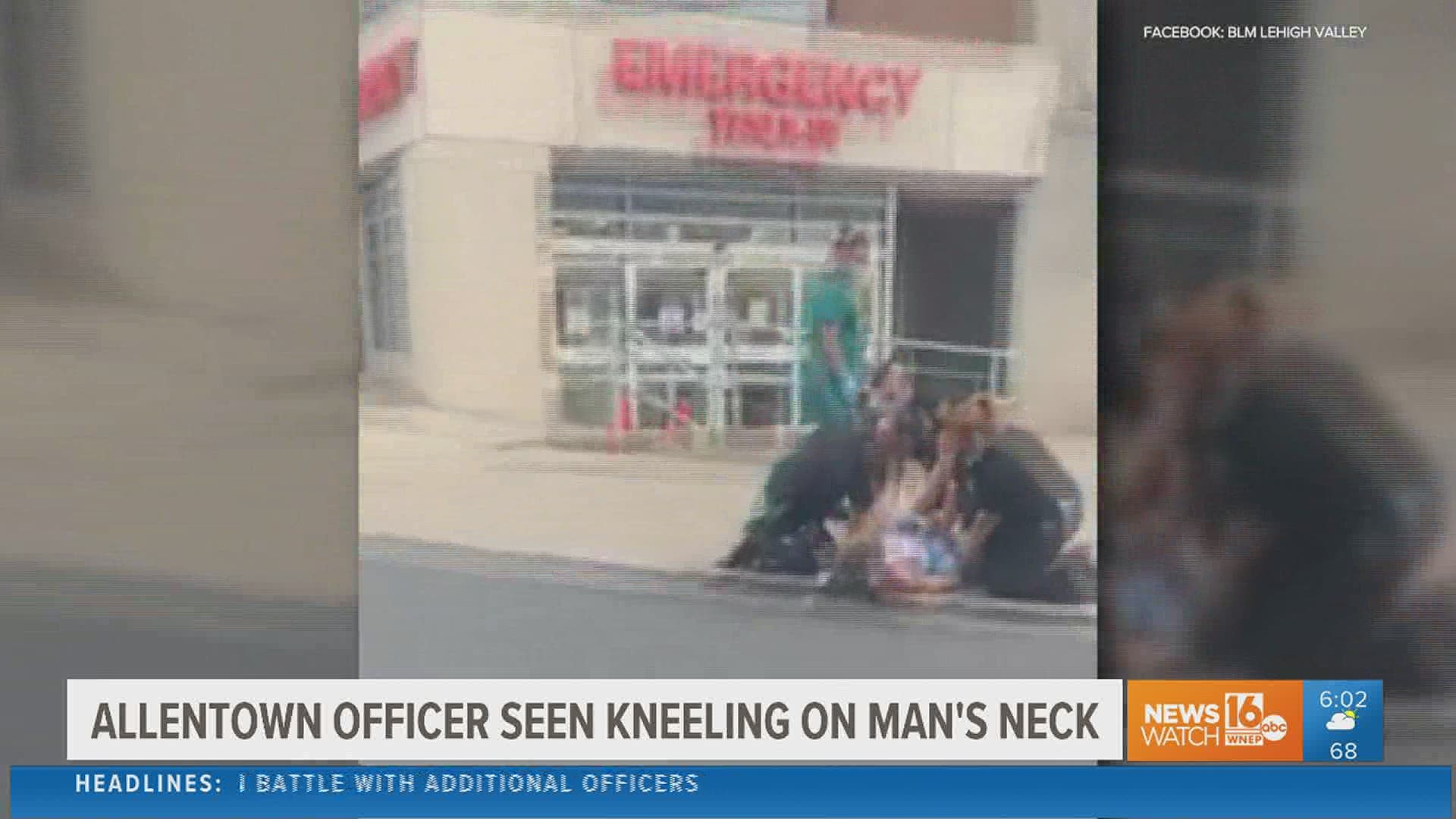 RELATED: Vigil in honor of George Floyd held in the Poconos

US reports more than 1,000 daily coronavirus deaths over the last 5 days 0

Why there's a little black spot on the sun today 0